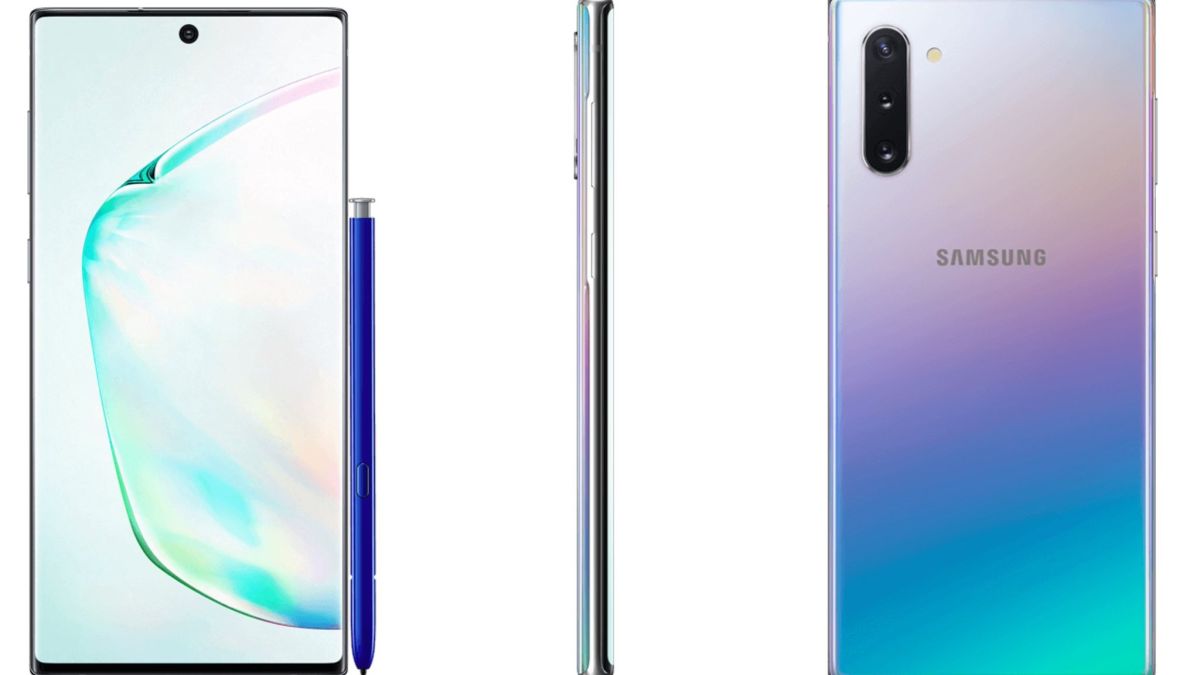 The Samsung Galaxy Note 10 is coming out soon on August 7, but we may be getting an early look thanks to some alleged leaked renders.

The renders, posted by leaker @ishangarwal24 on Twitter, show front, back and side views of the Note 10 in two colors: a silver-purple-blue gradient and a solid black. The S-Pen is present and accounted for… looking a bit rounded compared to earlier square-column styluses in the Note line.

AND HERE IT IS! Your first look at the Samsung Galaxy Note10 Silver and Black colour option images! Isn’t the gradient just amazing? I’m so loving the design, what about you? *Please credit if you use, not using watermarks.* #Samsung #GalaxyNote10 #GalaxyNote10 #Unpacked pic.twitter.com/emW36lApawJuly 10, 2019

If authentic, these renders support earlier hints that the Note 10 would have a single selfie camera in a punch hole at the top-center of the phone, as well as three rear cameras aligned vertically.

The renders appear to be high-quality enough to be official images, and though they could always be well-produced fakes, it’s close enough to the phone’s launch that we wouldn’t be surprised if they were the real deal.

That’s not all – the same leaker followed up with another set of images for the long-rumored bigger, beefier version of the phone, which he calls the Galaxy Note 10 Plus (previously purported to be the Note 10 Pro).

Exclusive for https://t.co/Zm9VwYgCdV : After the regular Note10, here’s your very first look at the Samsung Galaxy Note 10+/Note10+! Again, got the renders for Silver and Black variant! *Please credit if you use, not using watermarks.* #Samsung #GalaxyNote10Plus #Unpacked pic.twitter.com/5bLtrRd3ENJuly 10, 2019

This is the first side-by-side comparisons we’ve seen between the smaller and larger Note 10 models … and it does indeed seem like the Note 10 Plus is simply a wider, larger version.

In fact, they look identical. The big tip-off: the S-Pen stylus doesn’t come up as high on the Note 10 Pro, and there seems to be a fourth sensor on the back — perhaps a Time of Flight depth sensor, as appears on the Samsung Galaxy S10 5G.

We’ll see whether future leaks affirm the authenticity of these renders in the coming weeks, but either way, Samsung will give us the official word at its Unpacked event in August.