‘Spider-Man: Far From Home’: 5 Comics That Help Explain the Ending 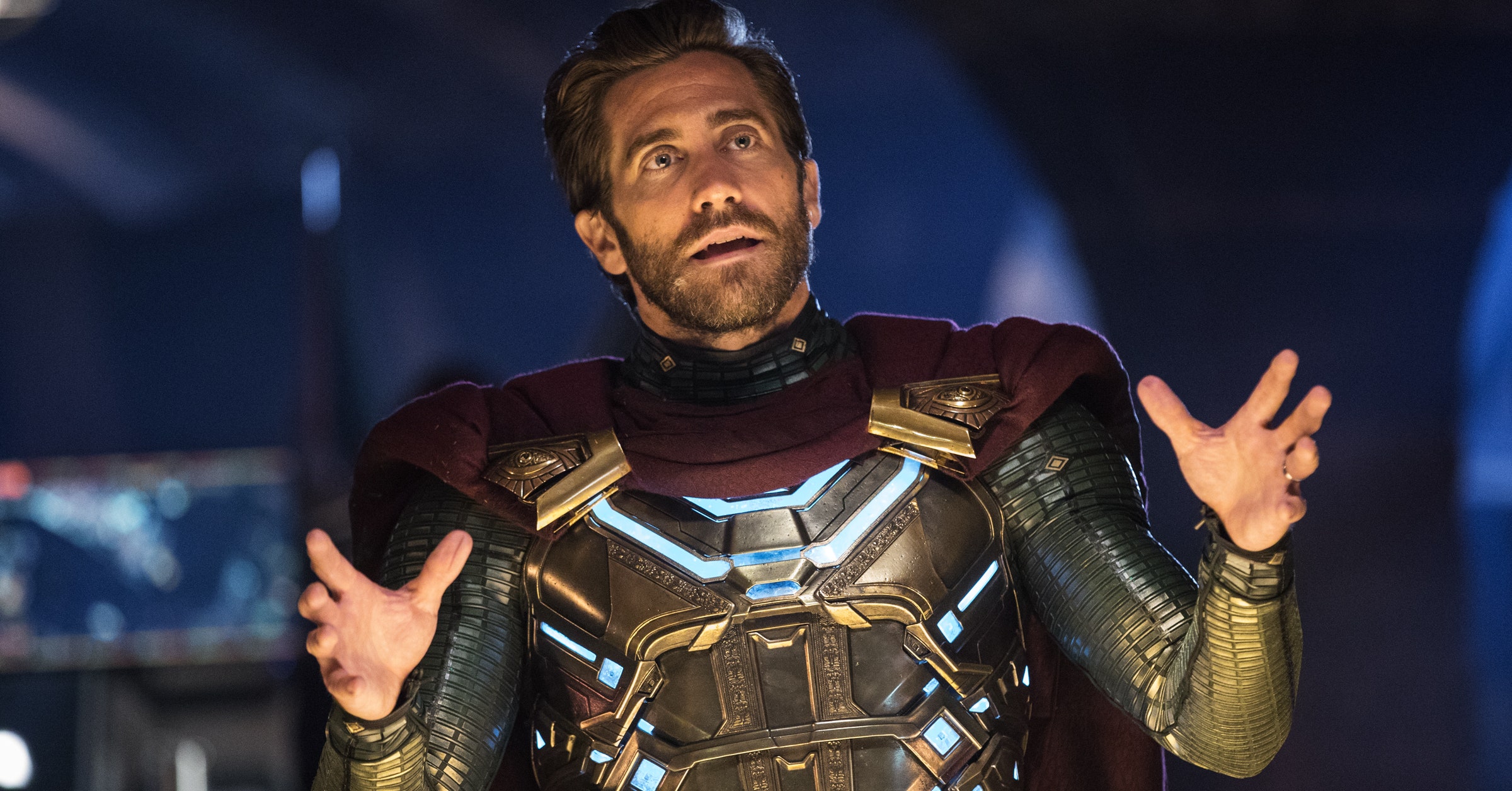 Spider-Man: Far From Home landed in theaters this week and brought with it a look at the Marvel Cinematic Universe’s post-Avengers: Endgame present and its future. (Those post-credits scenes were a lot, amirite?) But the movie is just the beginning. To truly know what might be in store, you have to dive into the comic book source material. Here are the five comics you should read after watching Spider-Man: Far From Home.

(Note: When you buy something using the retail links in our stories, we may earn a small affiliate commission. Read more about how this works.)

While Mysterio’s scheme in Far From Home is actually kind of wonderful, it’s still not his best—or, arguably, most arcane—plot. That would be the plan he’s working his way through in this 1979 three-parter, in which he tries to break Peter Parker’s sanity in order to discover literal buried treasure that may or many not exist underneath Aunt May’s house. Oh, and Aunt May may or many not be dead, which is also part of the plan. It’s gloriously over-the-top and a great example of the kind of mind games that any self-respecting master of illusions should be getting up to.

How to read it: Available digitally on ComiXology or Marvel and in the Essential Amazing Spider-Man Vol. 9 print collection.

Audiences who fell for the misdirection of the trailers and teases might find themselves disappointed that Mysterio didn’t really arrive from an alternate reality. In that case, they should check out this five-issue mini-series in which Peter Parker from the “regular” Marvel universe teams up with Miles Morales from the Marvel Ultimate Universe—a cross-reality pairing that foreshadowed last year’s Spider-Man: Into the Spider-Verse movie, and was entirely the result of Mysterio’s scheming.

How to read it: Available digitally on ComiXology or Marvel and in the Spider-Men print collection.

Before Miles Morales tried on the costume for the first time, the Peter Parker of the Ultimate Universe decided to come clean with Mary-Jane Watson about his powers and costumed alter-ego. There’s a lot of the Ultimate Spider-Man DNA in the MCU version of Peter Parker, and this one-off story is cute in a way that audiences will recognize from the Peter/MJ interactions on the big screen. (Except there, of course, MJ worked it out for herself. Look, Zendaya doesn’t play anyone who’s that easily fooled, OK?)

How to read it: Available digitally on ComiXology or Marvel and in the Ultimate Spider-Man Vol. 2: Learning Curve print collection.

In one of two last-minute twists, Peter Parker ends up being outed as Spider-Man thanks to J. Jonah Jameson’s ill-guided attempt to share the truth with the world. (Well, the truth as he sees it, anyway; it is JJJ…) Comic book fans are familiar with what happens after Spider-Man’s identity goes public, and it’s not a happy story; this run of issues following the 2006 series Civil War—where Peter went public—show just how dark things can get when both your friends and your enemies happen to know exactly who you actually are.

How to read it: Available digitally on ComiXology and in the Spider-Man: Back in Black print collection.

The second big reveal of the movie’s post-credit scenes is the revelation that Nick Fury isn’t who—or where—everyone thought he was. But what is Nick doing in space, anyway, and why is he hanging around with Skrulls? While the latter question is going to remain a mystery for some time, the answer to the former may lie in this 2014 comic that suggested that Nick Fury was not who everyone believed him to be all this time … and that his true job had less to do with protecting the world, and more to do with protecting the Earth as a whole. (Bonus points for the fact that the series, which isn’t a Spider-Man story at all, also includes a pretty significant Thor development right at the very end, which might push you in the direction of writer Jason Aaron’s Thor comic books.)

How to read it: Available digitally on ComiXology or Marvel and in the Original Sin print collection.