Lizzo’s ‘Juice’ Is the Most Patriotic Song of 2019 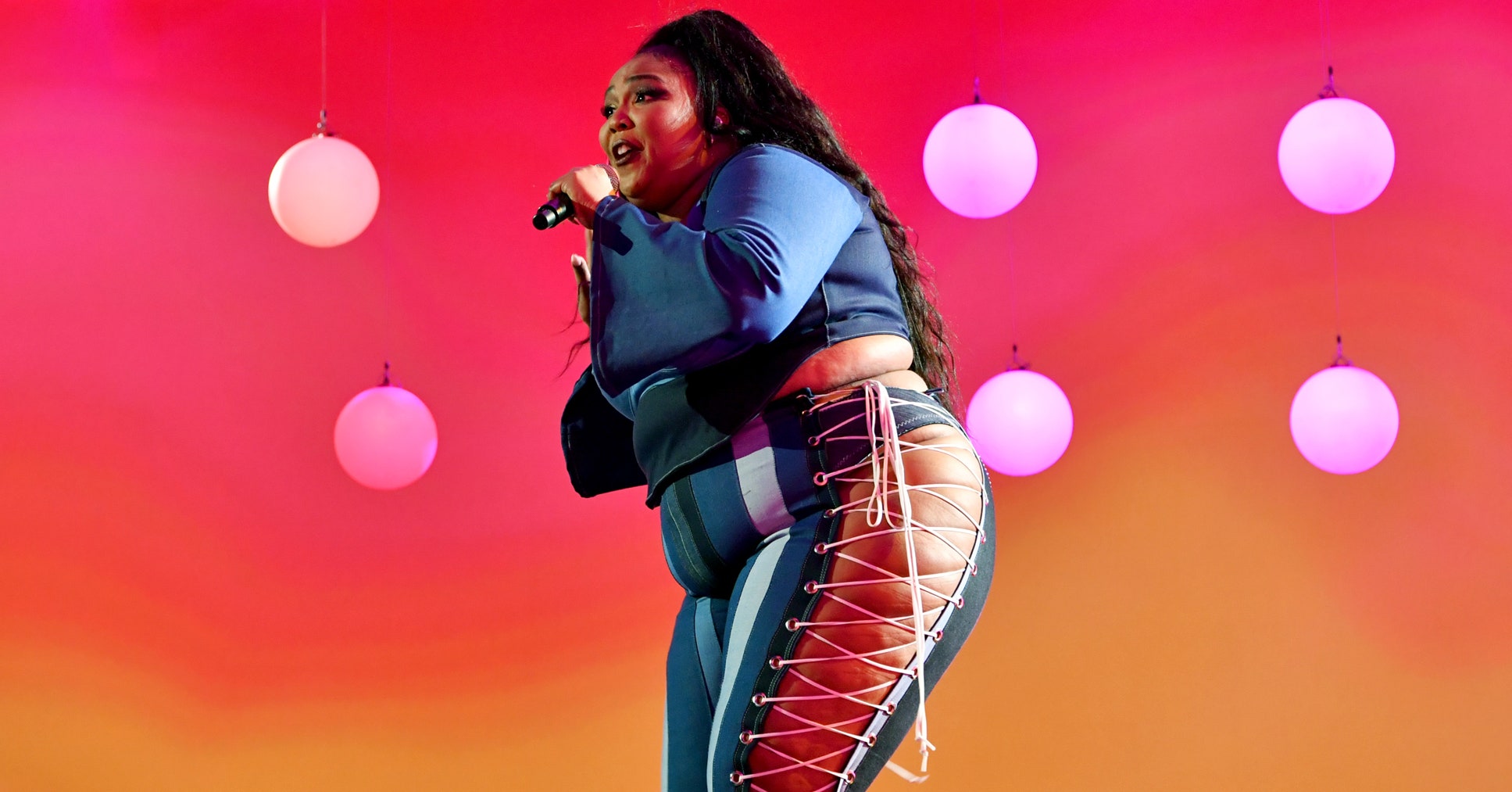 You’ve heard it by now. Its vintage funk-pop backdrop. The three-piece horn section, bright and honey-coated. Its ray-beam synths, aromatic guitar flourishes, and star-lit keys. The glam-pop texture so noticeably evocative of Prince and ’70s-era David Bowie. “Blame it on my juice, blame it, blame it on my juice,” Lizzo sings, never quite letting up on the gas. “Ya-ya-ee, ya-ya-ee, ya-ya-ee, ya-ya-ee.” Produced by pop emissary Ricky Reed (who’s previously worked with Jason Derulo and Kesha) and co-written by Theron Thomas (among other hits, he contributed to Beyonce’s “All Night”), “Juice” is not just any old anthem—drenched as it is in themes of self-love and optimism—but the anthem. It’s the most patriotic song of 2019.

Lizzo is a Minneapolis singer-rapper-flutist-humorist and “Juice” appeared as the lead single to her third studio album, Cuz I Love You. She once aptly described the record as “if Aretha Franklin made a ratchet-ass rap album in 2019.” Narratively, “Juice” is aglow with the empowerment testimonies that routinely bookend Lizzo’s catalog. Some of the song’s most searing lines—”I was born like this, don’t even gotta try”; “If I’m shinin’, everybody gonna shine”; “I’m the pudding in the proof”—are natural confidence boosters. “I be drippin’ so much sauce,” she reminds us as a reminder to ourselves, “Got a bih lookin’ like Ragu.” The wellness gospel has gotten a bad rap in recent years, having been co-opted and diluted by capitalist ambitions, but listening to “Juice,” Lizzo re-energizes a soiled framework with a genuine heartbeat.

Culturally, the song has saturated every corner of the pop economy. It placed on just about every Billboard chart—the Hot 100, Adult Top 40, Dance Club Songs, Hot R&B/Hip-Hop Songs, Mainstream Top 40—and cracked the top five in Belgium and Israel. It’s been featured in the Ali Wong and Randall Park rom-com Always Be My Maybe, the final episode of Broad City, and in the trailer for Long Shot. Lizzo’s performed “Juice” to national audiences on Ellen, Jimmy Kimmel Live!, and at the MTV Movie & TV Awards. The video, a visually grabbing piece of pop art, echoes the quirk and fantasia of the 1980s; hovering around 22 million views on YouTube, it unfolds like a greatest hits with references to QVC and classic Jane Fonda workout specials. In April, contestants from RuPaul’s Drag Race remixed the video in their own image, bedazzling it with a feel for camp. There’s just no avoiding the obvious: “Juice” is distinctly infectious in all the right ways.

Lizzo belongs to a class of women artists—along with Tierra Whack, Megan Thee Stallion, Mitski, Solange, and others—that are working with an extraordinarily immodest aptitude for industry-wide reinvention. Together, their work suggests the unfastening of music’s center. As she’s said on multiple occasions, Lizzo is “this big black girl” (or, alternatively, my favorite descriptor of hers: “100 percent that bitch”) singing and rapping about body positivity and the significance of finding worth in who you are. It’s one thing to hear her talk about it. It’s another to see her live it out. It’s something altogether indescribable to witness her do both things at once in a business that is still struggling to allow room for black women artists. That’s power. That’s patriotism.

That’s all it can be today, I think. A commitment to unwavering self-belief, to positivity, to realizing your potential and not letting anyone steal it, no matter what label society tries to brand you with. True patriots are disruptors like Lizzo. They’re big black girls and big black boys; they’re queer artists and disabled students, they’re people who are told they don’t belong but show up and outperform anyway. They’re people who understand the power of their juice.