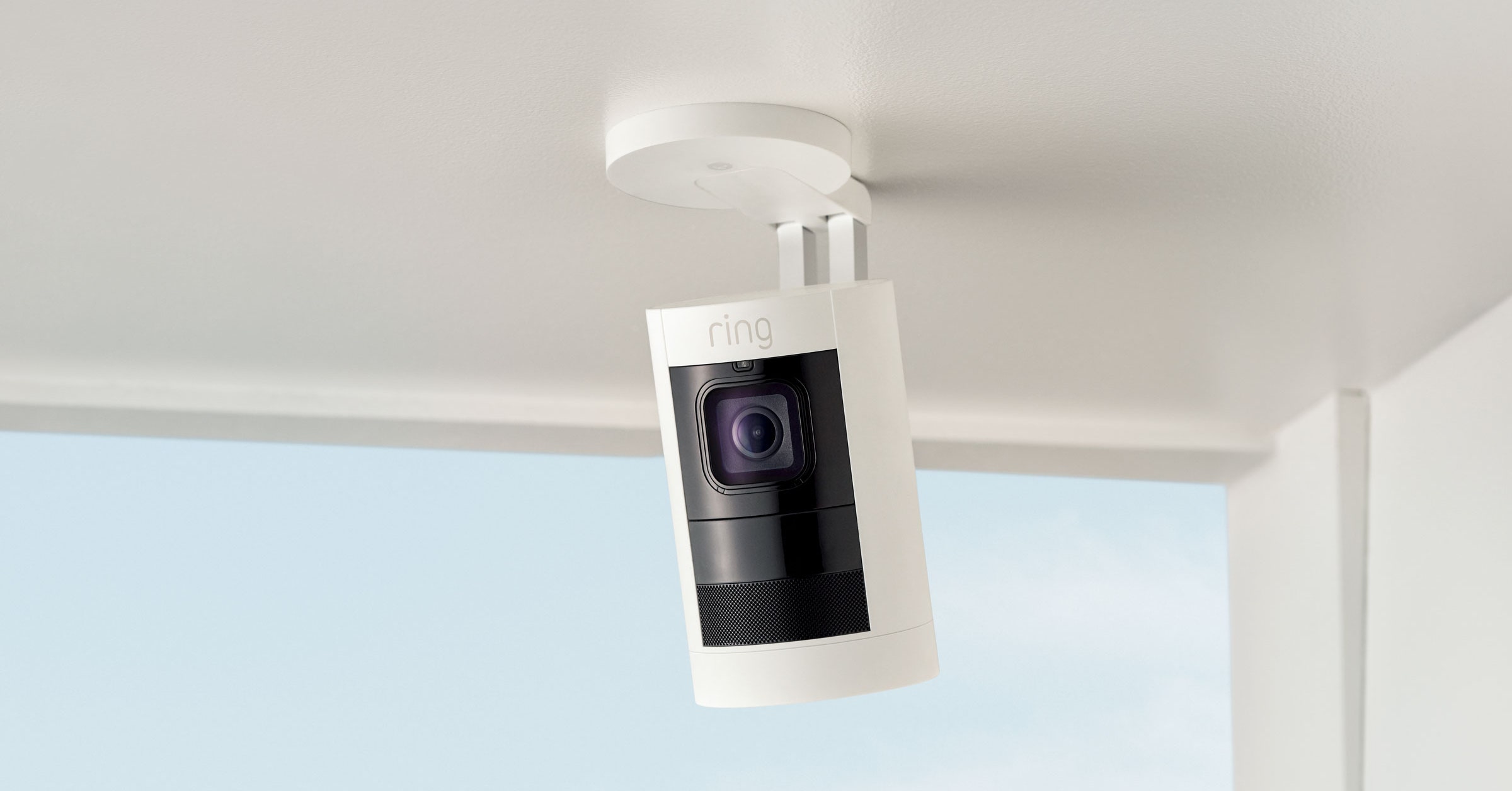 Wires are the bane of my existence. One day, we will all look back at a time when we carried rolled-up burritos stuffed full of charging cables as a low point in both technological and human development.

In the smart home, wires are really annoying. I’ve spent more than a few hours puzzling over hardware store inventories and trying to drill holes into my walls, fiddle with breakers, or reroute wiring through the ceiling. To be a smart home owner, you have to be a skilled, or at least brave, amateur electrician.

So it was a relief to get a product like the Ring Stick Up Cam to test. Instead of fussing over the relative positions of devices and power outlets, I just charged the battery overnight. I popped it into the bottom of the camera, and used three screws to put it up by my door. It took about ten minutes. Congrats, Ring! Five stars! All the other features are just extra!

I’m just kidding, of course. The Stick Up Cam does also come in a wired version as well as a solar-powered version (the battery-powered one is is compatible with the solar panel). They all look the same: a simple, 3.82-inch tall cylinder, a little larger than a Nest or Amazon cam, and a little less attractive. It also comes in both white and black.

Once the battery is installed, follow the instructions on the Ring app to pair it with your phone. The camera can withstand light rain and temperatures between -5 and 120 degrees Fahrenheit. When you open the app, you can see the live feed in 1080p HD and a a 115-degree horizontal, 65-degree vertical field of view. I wasn’t able to sneak past it to unscrew the battery without being seen.

Don’t want an alert every 15 seconds? You can fix this by adjusting the motion settings. For example, you can divide the field of view into zones that you can disable. You can also adjust motion sensitivity, set a schedule to disable alerts, or select the frequency of motion notifications. The motion zone extended about twelve feet away from my front door.

When I first installed the Stick Up cam, it sent me alerts for trees, bushes, and a truck tarp moving in the wind. I tinkered with the sensitivity, set the motion frequency to standard, and disabled alerts on weekend afternoons when my kids like to draw with chalk on the driveway. You can also snooze the motion alerts for a period of time if, hypothetically, you are trying to trigger a fall alert on a fitness watch by tumbling up and down your driveway.

There’s also a microphone which came in handy when asking Instacart shoppers to please leave the bags at the door. And after 20 days, the battery meter is still over half full. You won’t have to charge it every week.

The camera comes with a free 30-day subscription to the basic Ring Protect Plan, which costs $3 per month after that. If you opt not to subscribe, you will still get customized motion alerts, a live feed, and access to the microphone, but you won’t be able to save video and photos for up to 60 days. With Ring Protect Plus, Ring will monitor the feed 24 hours a day and alert authorities if they detect a threat.

At $10 per month, plus the cost of the camera, Ring monitoring seems like an affordable alternative to installing a complete security system. But you will have to jump through several hoops, like checking if permits are required where you live, registering a valid street address, and memorizing secure verbal passwords for the Ring monitoring team to verify who you are.

Overall, I found the Stick Up Cam to be dead simple to operate. In most ways, it might just be another unremarkable, slightly larger-than-usual home camera. But Ring also has Neighbors, which is a social media feed that you can access within the Ring app.

Ring notes that the Neighbors feed is a combination of neighbor posts, the Ring News team, and local law enforcement. You can customize your preferences to get different kinds of alerts. For example, I set my neighborhood to be a radius of 1.5 miles from my house. You can also schedule when you’ll get alerts, and check off which alerts you’d like to receive—for example, ones that have been designated as crime, safety, suspicious, stranger, and lost pets.

A lot has been written about how fear-based social media makes us all think that our neighborhoods are much scarier than they really are. I live near a walkable city street with lots of popular bars and restaurants. It did make my heart rate spike, just a bit, when I checked out the weekly crime report that showed over two dozen incidents in which police were called on that street.

Once I calmed down, though, I remembered that just because police were dispatched doesn’t mean that anything scary happened. For example, I happened to be on site for one of the calls, when a furious neighbor called the police for an orange BMW that was driving too fast.

When I check the feed itself, I see that I’ve gotten three robbery alerts in the past two weeks, and one was for someone picking through recycling cans on the porch. Overall, my feed seems pretty innocuous. I strongly suspect that my neighbors might be taking their petty grievances to Facebook instead.

Ironically, Ring has recently drawn some criticism for lax security practices. The Intercept and The Information have both reported that Ring has given engineers unfettered access to customer’s video feeds.

Ring itself has denied that this has taken place. They also note that the video feed has been encrypted on the device, as well as when it is being transferred between the device, the Ring app, and the cloud servers. Everyone is going to have to determine their own comfort level when it comes to the idea of a Ukrainian researcher possibly gazing at you while you absentmindedly brush your teeth.

My personal line is that I’m fine with outdoor cameras, but not indoor ones. Given that Ring’s mission is to make you safer by incorporating social media, monitoring, and now automated lighting, you might decide that you’re comfortable with it, too.