Scientists create a four-winged robot insect that flies with grace 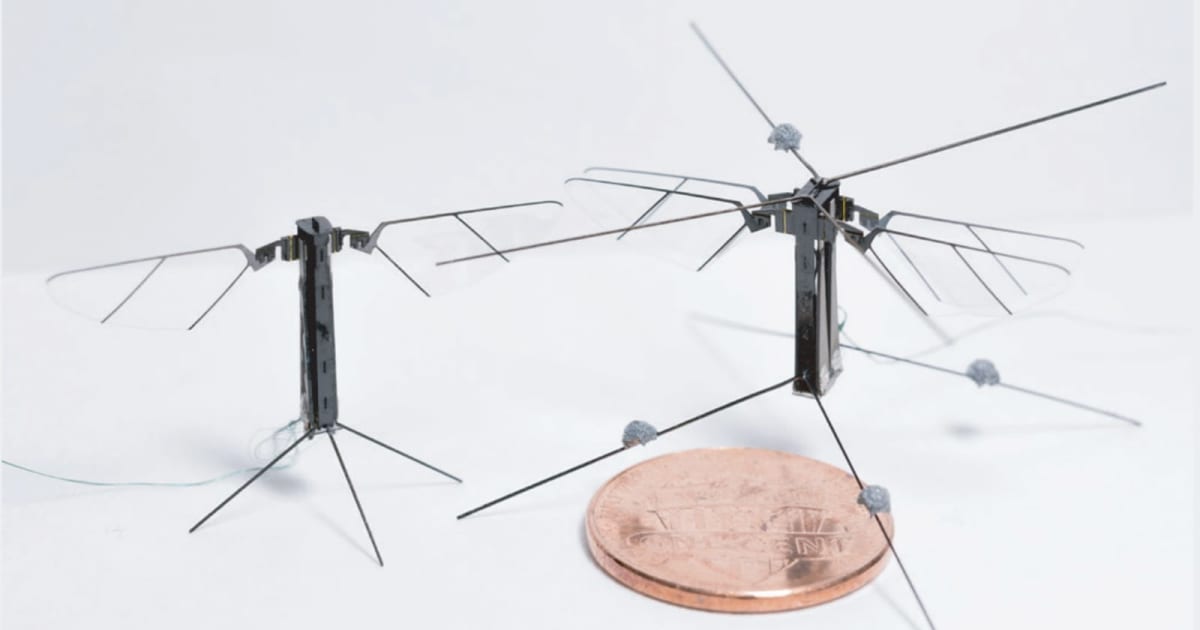 The tiny flier can follow paths, dodge obstacles, perch and land. It’s even simpler to build than

There’s still much, much more work to be done before there are robotic insects in service. Bee+ flies tethered, since that saves the team from factoring a battery into the design. Size is also a concern. While the robot is only slightly larger than a penny, it’s still much larger and heavier than most real insects.

This does solve one of the larger problems for minuscule flying robots, though. And importantly, bots at the size of Bee+ could still be useful for a number of tasks, such as scouting hazardous areas and locating survivors in collapsed buildings. The challenge is simply designing a robot that can carry a full payload while remaining small enough to fit into exceptionally tight spaces.