Yes, Razer is actually going to make a toaster now 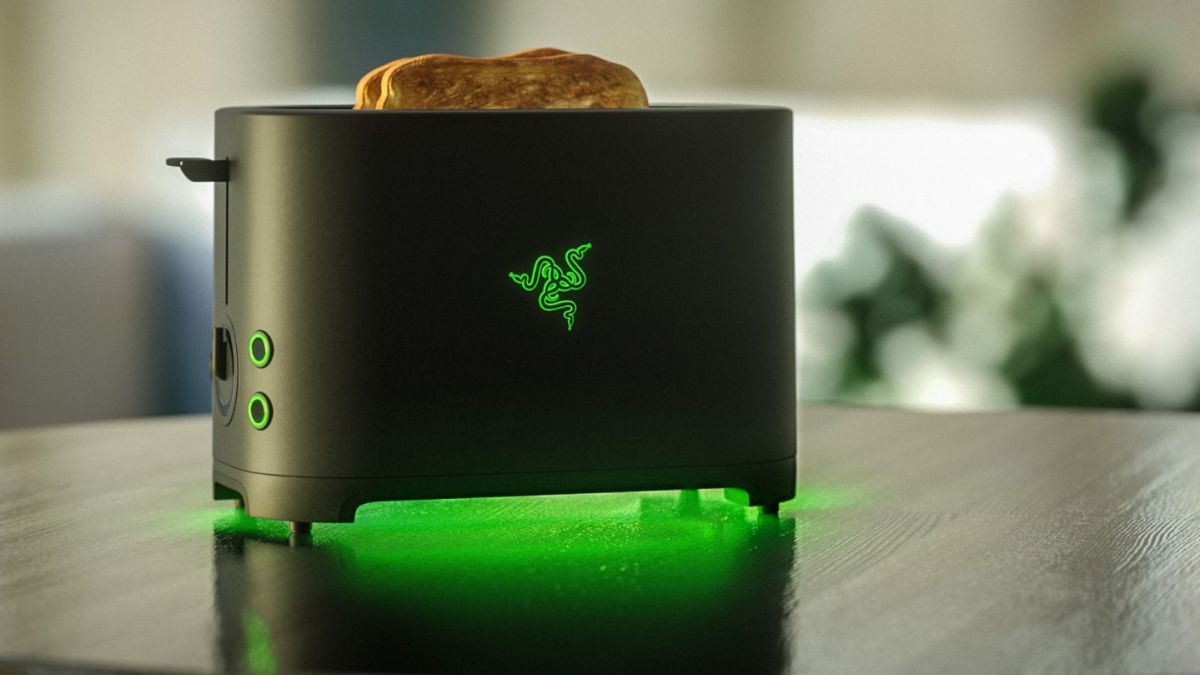 Razer, the company behind the impressive Razer Blade laptops, is making a toaster. Though this may not be the first time you’ve heard this news, this time it appears to be happening for real.

It may have started as a joke, but Razer has been backed into a corner by fans pleading for a Razer-branded toaster. Now, the company’s CEO, Min-Liang Tan, has announced that it will begin working on a Razer Toaster, CNET reports.

The Razer Toaster joke has been ongoing for years. Starting back in 2013, it was furthered along by a Facebook group fervently requesting Razer actually come out with the product.

And, in 2016, Razer added fuel to the fire with its Project Breadwinner April Fool’s Day prank, which showed off a very Razer-esque design, Razer-logo-emblazoned slices of toast and LED lighting, of course.

How we got here

After the initial joke, which was a tweet at Tan about making a Razer toaster, a Razer fan named Mark Withers created a Facebook page and applied pressure to Tan about the prospect of the toaster. Tan relented and said the company would make the toaster if Withers could get 1 million likes on the Facebook page.

The page has yet to hit a million likes, but has surpassed 40,000 and saw 12 fans brandishing tattoos for the toaster, so Tan officially liked the page himself and had this to say on Facebook:

Well….what can I say. I’ve just officially liked their page – and I’m going to put together my team of designers and engineers. It will take a few years – but I’ll be sure to share the progress – and make it a community affair.

It sounds like it’s going to be a long while before the company releases the toaster, but Tan’s comments didn’t land on April 1 this time. So, maybe the company isn’t kidding this time.

The next question: what about Razer Household? That’s another Facebook group dedicated to even more Razer-branded household appliances. So far, Tan has this to say, “Guys. I don’t know what you guys are up to but this isn’t going to happen. Ever.”