Back in 2013 Netflix’s Ted Sarandos perfectly captured the strategic challenge that  the growing streaming service rapidly faced: “The goal is to become HBO faster than HBO can become us”, he told GQ magazine, in reference to the premium cable powerhouse that broadcasts the likes of Game of Thrones.

In other words: Though Netflix’s streaming technology is new and exciting (or at least it was five years ago), the technology alone won’t keep Netflix ahead – content matters too. That’s why, fast-forward to 2019, Netflix has utterly transformed both the living room and the movie theater. This year it is expected to spend a eye-watering $15 billion on films and TV shows for us to watch.

In just a few short years Netflix has transformed from the new upstart challenger into the 800Ib gorilla in the entertainment industry. Even Amazon, a company that eats entire sectors for breakfast, has to play second-fiddle to Netflix when it comes to streaming.

And for that reason, there are some people out there like John Meyer, an industry analyst and founding partner at Transpire Ventures,  who think that even Disney, one of the biggest names in entertainment, might not be able to beat it.

“I strongly believe Disney will not become a threat to Netflix whatsoever”
John Meyer, Transpire Ventures

“I strongly believe Disney will not become a threat to Netflix whatsoever,” Meyer said in an email to TechRadar. “After all, they are a tech company at heart and have enormous power with the data they capture on their millions of subscribers, which helps them design what original content to create.” 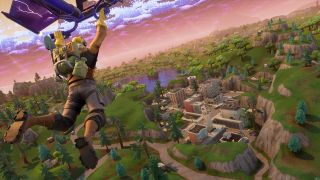 Now, at first that might sound confusing. Why would Disney+, a new streaming service that bears close resemblance to Netflix, compete with an online game?

The answer was probably best given by Netflix itself in a letter sent to shareholders earlier this year: “Our focus is not on Disney+, Amazon or others, but on how we can improve our experience for our members.”

“We compete with (and lose to) Fornite more than HBO.”
Netflix, in a letter to shareholders

Furthermore, “We compete with (and lose to) Fornite more than HBO.”

It’s basically acknowledging that streaming services aren’t that concerned with one another and instead, they’re looking at the bigger picture – not only your generation, but the generation coming up right after it, too.

And Netflix knows they’re going to be much harder to win over. 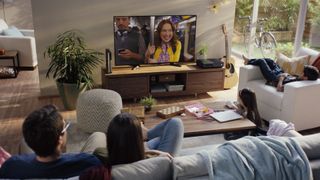 If Disney wants this to be their future, it will have to start winning kids over now.  (Image Credit: Netflix)

Disney will need to duke it out with Fortnite

At this point you might be thinking that Disney, rights holders and creators of franchises like Star Wars and Frozen must have kids wrapped indefinitely around their finger, and that that gives them an advantage here, right?

Chances are that if you’re reading this article, you grew up in a vastly different media environment to kids today. The reason we’re so excited about Disney+ is because it appeals to us, our interests and our sense of nostalgia.

But if you’re eleven years old today, your world isn’t (exclusively) one of Marvel and Disney Princesses. It is one where mindshare is dominated by Fortnite, aggressively dumb YouTubers and, presumably, a bunch of other entertainment brands in the gaming, fashion, music and movie world. Instagram influencers. Snapchat stars – not to mention the content your friends are producing.

So there could be a generation of kids growing up today who lack the pavlovian reaction we have when we hear John Williams’ Star Wars theme tune, because that mindshare has instead been stolen by the Epic Games upstarts.

We might love these characters, but it doesn’t mean the next generation will too.

It’s inevitable that Fortnite the game will at some point be knocked off of its perch as top dog and replaced by another new game in the next year (cough, Apex Legends), but the real threat to Disney in the long term is that there’s currently a generation of kids who will have a similar reaction when Epic Games reboot Fortnite in 20 years time that we have to the Star Wars Episode IX trailer.

We can already see the generational schism starting to happen. When Solo came out, the childrens’ market research firm Kids Insight found just 2% of kids mentioning the film in the month before it was released – performing worse than Deadpool 2 (not exactly a kids film) and Peter Rabbit (yes, the one with James Corden). To them, Star Wars is less a cultural touchstone and more just a logo on one of dad’s old t-shirts.

Similarly, when The Muppets performed at London’s O2 last year, they failed to sell out the arena – because the characters lack the cultural cachet they once commanded with an older generation. We might love these characters, but it doesn’t mean the next generation will too. 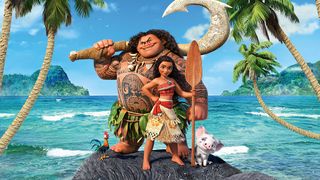 Kids love Moana, but they might love Fortnite even more… (Image Credit: Disney)

Kids are the key

Disney owns your childhood and, if everything goes right with Disney+, it will own your kid’s childhood, too.

Whether Disney+ manages to beat Netflix in terms of subscribers numbers is almost irrelevant. Even if it ends up second or third place, there will always be a place on your smart TV or your iPad for Disney+. Why? Because Disney owns your childhood and, if everything goes right with Disney+, it will own your kid’s childhood, too.

For both better and worse, Disney isn’t a company that makes a technology platform, or even one that makes films. The entire company is instead focused around intellectual property – hence why theme parks are just as important to the company as feature films. Under current CEO Bob Iger, Disney has hoovered up all of the characters you enjoyed as a kid: It bought the Muppets in 2004, Pixar in 2006, Marvel in 2009, LucasFilm in 2012 and 20th Century Fox just this year.

Think of the mindshare that gives Disney – whether it is Kermit, Buzz Lightyear, Captain America, Han Solo or Homer Simpson you want to watch, you have to hand over your cash to their single corporate gatekeeper.

Disney is still thinking about that future generation – this year alone, Disney is rolling out Avengers: Endgame, Star Wars Episode IX and a remake of The Lion King, all of which will attract a young audience and win significant mindshare – but the utter cultural dominance of Fortnite among young people is an example that even though Disney might seem unbeatable today, it shouldn’t assume that the characters and stories that we love will continue to work forever.