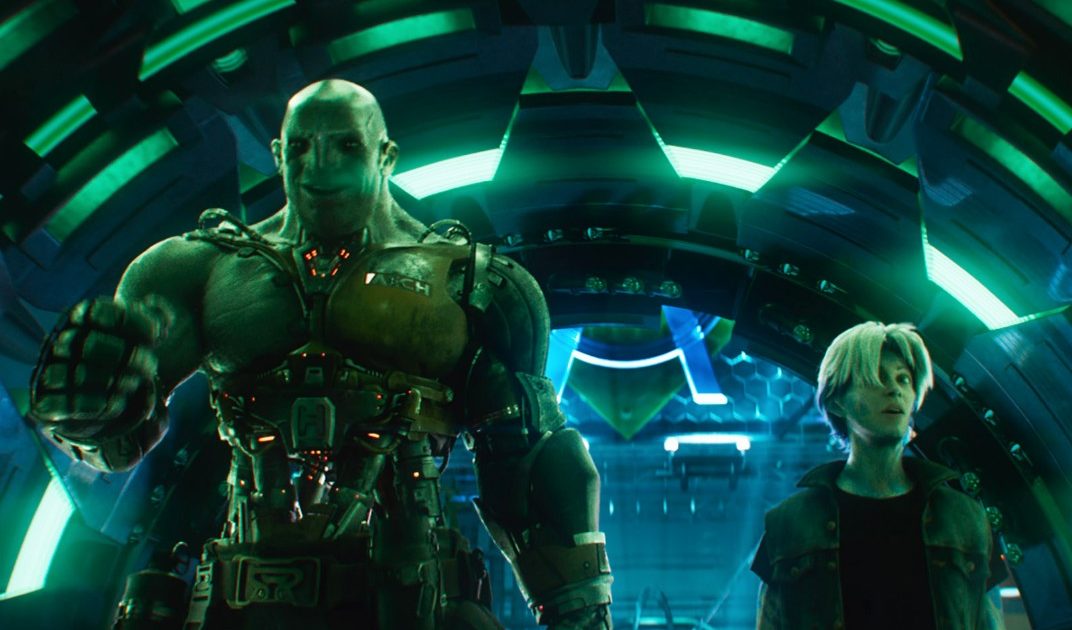 Ben Bova is the author of over a hundred science fiction books, and also served as editor for the legendary magazines Analog and Omni. In his short story “Bloodless Victory,” which appears in his recent collection New Frontiers, he depicts a future in which dueling makes a comeback thanks to sophisticated virtual reality technology.

“Dueling is an old, old concept, and was at one time a way for gentlemen to settle their differences,” Bova says in Episode 352 of the Geek’s Guide to the Galaxy podcast. “And virtual reality allows you to have a duel without any danger, without any injuries—except perhaps emotional.”

Bova imagines that future duelists, unconstrained by practical limits, could choose to engage in any sort of contest they can imagine.

In “Bloodless Victory” the VR technology is so advanced—including touch, taste, and smell—that dispatching your rival in the virtual world feels convincing enough to satisfy any desire for retribution. This makes VR duels an attractive alternative to long, expensive lawsuits. “I think VR duels would ease the burden on the courts, provide more emotional satisfaction, and make lawyers poorer,” Bova says. “All of which is devoutly to be wished.”

Bova once trained in fighting with a saber, which means that his weapon of choice is a foregone conclusion as soon as VR duels become a reality. “I’ve still got a saber here in my office,” he says. “I think it’s an excellent weapon for finding justice.”

Listen to the complete interview with Ben Bova in Episode 352 of Geek’s Guide to the Galaxy (above). And check out some highlights from the discussion below.

“There are signs of methane [on Mars]. Astronomers have been looking at this for some years. Methane appears in the Martian atmosphere, usually in the Martian springtime, and pretty quickly disappears. And the question is, what creates the methane? Where does it come from? It seems to me that the simplest explanation is that it’s the excretions of Martian creatures, living beneath the surface. … When we get there I’m sure we’ll find some—I’m not talking about human-like creatures, I’m talking about worms. … As far as I know there’s no reasonable [alternative] theory. It might be something completely a-biological, but I haven’t seen a good explanation yet. So I think my story can still hold up.”

“I feel like a kid on the shore of Spain in 1491. The Atlantic Ocean is lapping at my feet, and it’s a barrier. Western Europe was occupied by the losers, driven out of the rich mainland of Asia and pushed until they couldn’t get pushed any farther. They couldn’t navigate the Atlantic Ocean, but eventually people learned how to build ships that could go across the ocean, and open up a new frontier—and not just a new frontier of material wealth, but a new frontier of ideas, and ways of living. And we’re at that point now. A hundred miles over your head is the frontier of space. And wherever you are, you’re only a hundred miles from that. That frontier offers tremendous gains, tremendous natural resources of energy and raw materials, enough to make every human being on Earth quite rich. The question is, who’s going to go out and claim that stuff? And how’s it going to be shared, back here on Earth? So we’re living in exciting times. It’s the beginning of a new age of exploration and development.”

“A half a dozen of us were in New York. We had dinner at a very nice restaurant, we went outside—it’s raining a little—and we hail a taxi cab. We all jam into the cab, and the cab takes us to the hotel, where most of the guys were staying. And as we get out of the cab, the cab driver starts complaining that we didn’t leave him much of a tip. And Gordy turns around and starts talking to the cab driver. It starts out very polite, but the cab driver was getting snotty, and suddenly I saw Gordy reaching in through the driver’s side window, grabbing the guy by the shoulders, and starting to pull him out of the cab, through the window. And Gordy said, ‘Well, we can settle this like gentlemen.’ And the cab driver is desperately trying to get the car in gear and drive away. So that was Gordy. Very, very polite, but there came a trigger at some point, and he got rather physical.”

Ben Bova on his story “The Last Decision”:

“It’s set in the future. There’s an empire on a hundred worlds. The capital of that empire is not here on Earth, or in the solar system. It’s on another planet orbiting another star. Earth is kept as sort of a rural community, so that the people of Earth’s bloodlines are not altered by civilization. And this is the basis for the genetic studies throughout the empire. Then they find that Earth’s sun is going to erupt&mdsah;there’s going to be a mini-nova—and scrub the Earth clean of life. And a young woman—a scientist—believes she can save the sun, and the official scientific community doesn’t believe her, and wants no part of it. It’s too different from what they’re doing. And she gets to the emperor himself, and convinces him to let her try. And that is the emperor’s final gift to the empire.”