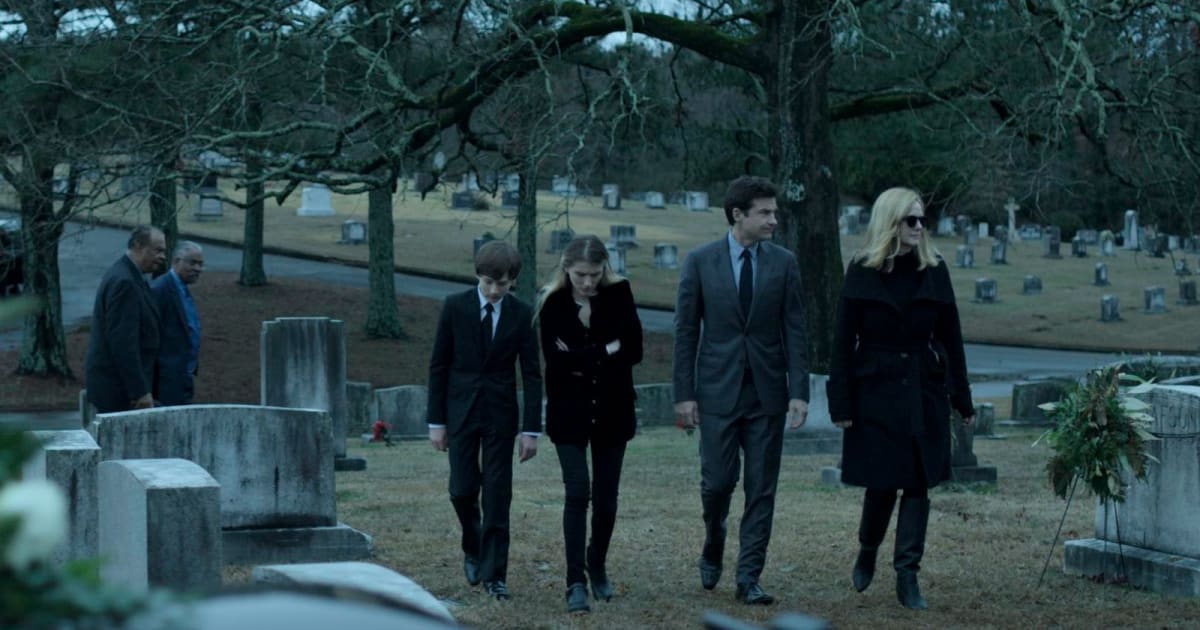 In the trailer we see flashes of scenes — the Byrdes leaving a funeral, Ruth Langmore (Julia Garner) walking down a dock, a severed deer head, theft — all the while hearing Wendy Byrde (Laura Linney) say to her husband, “We’ve done a lot of things, things that we said we would never do.” To which he replies, “People make choices, Wendy. Choices have consequences.” The flashes continue with the FBI unearthing a skeleton, a car crash, a boat on fire and quite a few gunshots. Wendy asks, “So that’s it? We go back in that house, we go to bed, we wake up in the morning and we kiss the kids?” “That’s exactly what we do,” says Marty.