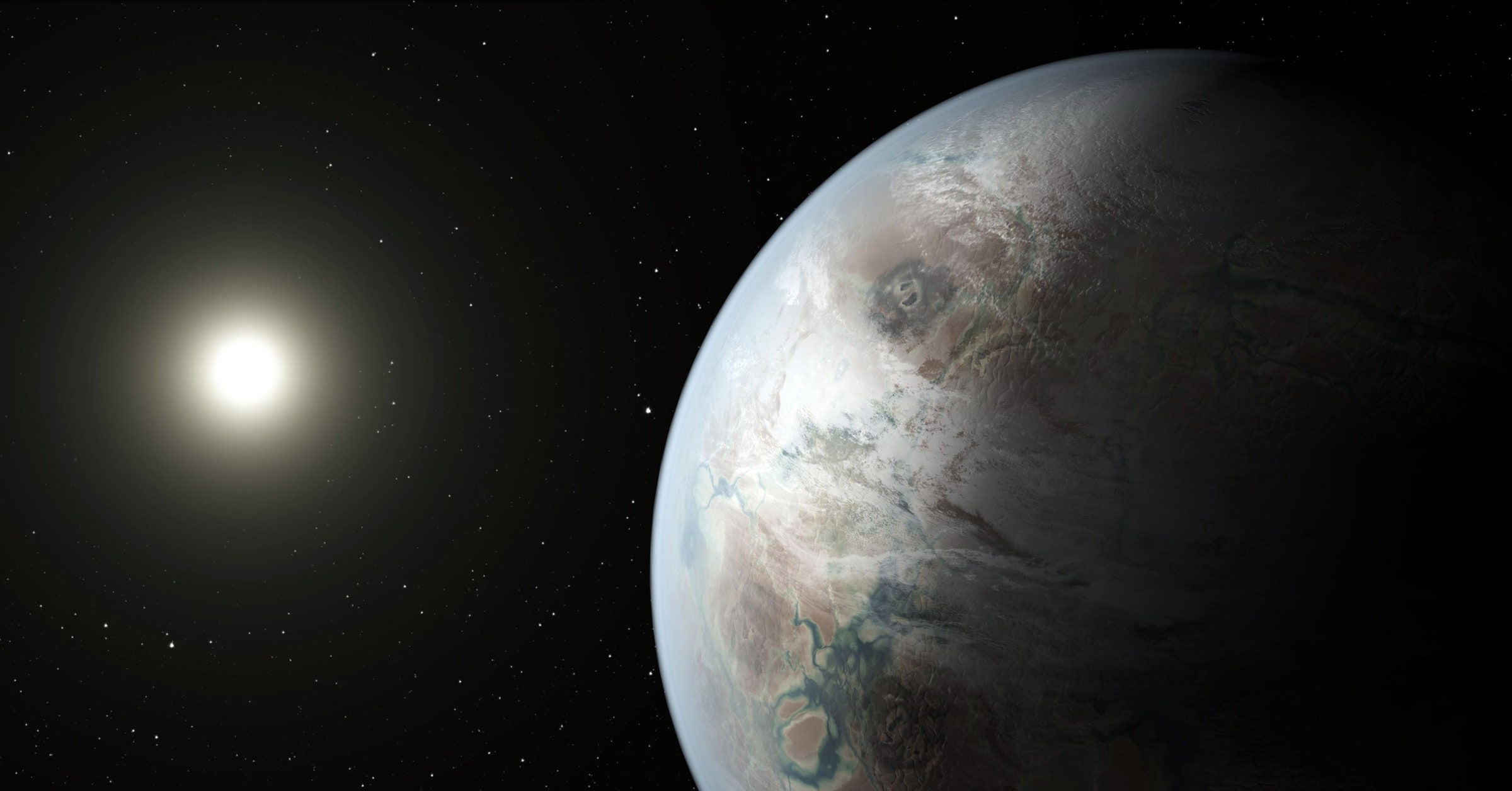 Until recently, Fergal Mullaly worked for the science office of the Kepler space telescope, the planet-hunting satellite that has verified more than 2,600 planets so far. “We have this really strong emotional desire to be able to point to a place in the sky and say, ‘That star there has a planet around it,’” he says.

For the four years of its main mission, from 2009 to 2013, Kepler fixed its gaze on one region of the sky and watched the light from its stars. If a planet, endlessly ellipsing, passed in front of a star, that light would dim a bit. Kepler’s most exciting discoveries have been exoplanets around the same size as Earth, ones that could plausibly have liquid water.

Mullaly just left astronomy to work at an image-analysis company called Orbital Insight. “I felt I’d given astronomy a long inning, and I was ready to try something else,” he says. But right before that, he wrote his “farewell paper,” along with four still-scientists. In the article, they pointed out a potential problem with a portion of Kepler’s discoveries: Some of the potentially Earth-like planets aren’t necessarily there at all. “Given the data that we have, you can say, ‘There’s definitely planets out there,’” says Mullaly, “’but exactly which ones are which, it’s hard to know.’”

Those planetary transits that Kepler monitors? Frustratingly, other phenomena mimic them—another star passing in front of the star, for instance, or instrumental effects from Kepler itself, adding up in just the right way. Astronomers have to rule out those false positives to declare a planet a planet. The instrumental issue, claims Mullaly’s farewell paper, is significant—and insufficiently considered—for small planets that take 200+ days to orbit their stars. For, in other words, worlds like ours.

“Fergal would say, ‘These planets are all junk,’” says astronomer Chris Burke, also on the paper. “And I would say, ‘No, they’re fine.’” But as the team started to dig into the data, Burke’s conviction started to wobble. “Unfortunately,” says Burke, “I had to come to the realization that he was probably more right than I was.” Astronomers have been searching the cosmos for a (probably funhouse!) mirror image of Earth, but this new result could put a crack in that glass.

Let’s be clear: Kepler has done a fantastic job. Any performance review would say the telescope met or exceeded expectations in its primary mission, and its work continues today, on a secondary mission called K2. It changed our view of the stars to one of solar systems. But each of Kepler’s detections needs confirmation to move beyond “planet candidate” status, a level-up that can come when another telescope takes a direct image of a planet or when another telescope sees the star wobble periodically, tugged around by the the planet’s gravity.

But following up on candidates that way is resource-gobbling. And it’s not very feasible for small planets around faint stars, especially the ones with long orbits. So astronomers have turned to a different means of confirmation: “statistical validation.” If there’s a 99+ percent chance that a Kepler candidate is not a false positive, astronomers consider it confirmed. That kind of analysis they can do in bulk.

In their new paper, though, Mullaly, Burke, and their colleagues argue that the current stats methods, which don’t account for instrumental contamination, don’t cut it for planets that have years longer than 200 days and don’t pop decisively out of the noise. A transit signal looks kind of like this: —___—. A killer detection would have a big dip, but often, planets with characteristics like ours have much more modest indicators, easily muffled by noise. If Kepler were an alien telescope orbiting a distant alien planet, Earth could just as easily be an instrumental glitch in the data as a planet.

To illustrate their point, the team pointed at a recent discovery: the planet Kepler 452-b. Its star is like the sun, its year is about the length of Earth’s, and it’s about 1.6 times Earth’s radius. NASA’s press materials for the discovery in July 2015 called it “Earth’s bigger, older cousin.”

But this planet had the least discernible dip of all the long-year planets. And so Mullaly and his colleagues essentially deemed it—in yearbook fashion—most likely to be an instrumentally-played false positive. In their reanalysis of the Kepler data, taking into account instrumental contamination, they found a range of likelihoods that the signal was from an actual planet: from 16 to 92 percent. That’s a big difference, but either way, it’s far below the 99-percent-certain threshold. “Kepler-452b should no longer be considered a confirmed planet,” the paper concluded (boom).

Which doesn’t mean it isn’t a planet. “It’s the difference between ‘not definitely there,’” explains Mullaly, “and ‘definitely not there.’” Besides, the argument isn’t really about 452b: It’s about looking deeply at the places where astronomers could be wrong. Thus the manifesto-esque title of their paper: “Kepler’s Earth-like Planets Should Not Be Confirmed Without Independent Detection.”

Not everyone agrees, pointing out, for instance, that the light from 452b fell onto one of Kepler’s most reliable detectors. But now is the time for astronomers to figure this stuff out. They’re planning to aim telescopes at specific Earth-esque planets and take direct images. What if some of those planets were never there to start with?

Cosmic statistics also influence future instruments. Astronomers want to know how common Earth-ish planets are, overall, and Kepler’s estimate of that situation informs the design of next-generation telescopes. If lots of these worlds exist, “you don’t need as big of an instrument,” says Burke, and you can cut your costs. But if estimates include too many false positives, and the actual rate isn’t as high as you thought? Your smaller telescope won’t cut it.

There’s good news, though: Results from the Transiting Exoplanet Survey Satellite (TESS), which will launch as soon as April 16, are easier to fact-check. TESS will focus on bright nearby stars, which means that astronomers can easily use ground-based telescopes for confirmation. They can’t see as well as space telescopes, but for TESS’s typical targets, they’ll do just fine.

Most of the community’s response to the paper has been positive. “I have seen planets come and go and back again from confirmation,” says Abel Méndez, a planetary astrobiologist who maintains the Habitable Exoplanets Catalog. The little dudes in the habitable zone are particularly vulnerable to such waffling. “This is part of the normal scientific process,” he says. And the interstellar dust hasn’t yet settled into a definitive yea or nay on Kepler-452b’s realness. For now, its spot in the catalog will stay.