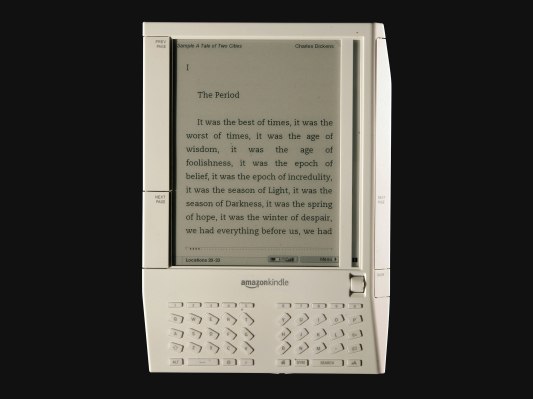 The upcoming Fight Online Sex Trafficking Act, in addition to making Microsoft move to reduce obscenity on its platform, has hit erotica authors on Amazon. After many authors saw their rankings stripped on the Kindle store, essentially reducing their availability and visibility, while forcing others in the romance category to recategorize or get dinged as well.

The Digital Reader followed the changes this week, reporting that “I have seen numerous reports on Facebook, KBoards, and elsewhere that Amazon has adopted a new policy where some romance titles, most notably those titles that Amazon has identified as erotica, have been removed from the Kindle Store best-seller list.” Amazon’s changes began on March 22.

I’m following up concerning some of your books missing their best sellers ranking.

After hearing from our technical team we have confirmed that this is due to a recent update to the filter option for Erotica ebooks.

All adult themed titles will be filtered from the main category sales rank as part of this update. However, you will still continue to keep all of your category rankings. I know this wasn’t the answer you were looking for but appreciate your understanding on this policy.

Please let us know if you have any further questions.

The FOSTA Bill is ostensibly about preventing online sex trafficking and has already caused Craigslist to shut down its online personals. However, it can also be construed as a bill that prevents sexual material of all kinds from receiving ready distribution online, a fact that is giving some big content providers pause. The Digital Reader notes that “the change in policy only affects the main Amazon site, and not other sites like Amazon UK.”

I have reached out to authors and Amazon for further comment.