Naturally, the Adidas app is going to allow you to checkout with ease, thanks to Apple Pay and Android Pay support. But the application isn’t only for selling you goods. You’ll also get blog posts, videos and updates on trends from Adidas-sponsored athletes — including superstars James Harden, Lionel Messi and Paul Pogba. In the future, you’ll be able to login with your Runtastic account, as part of Adidas’ plan to further integrate that 2015 acquisition into its ecosystem of apps.

Joseph Godsey, head of digital brand commerce at Adidas, said the company didn’t want to roll out an application until now because it first wanted to focus on an optimized web experience. He added that Adidas also needed to make sure it created an app that linked seamlessly with others, like the All-Day interactive health and fitness app it launched earlier this year. 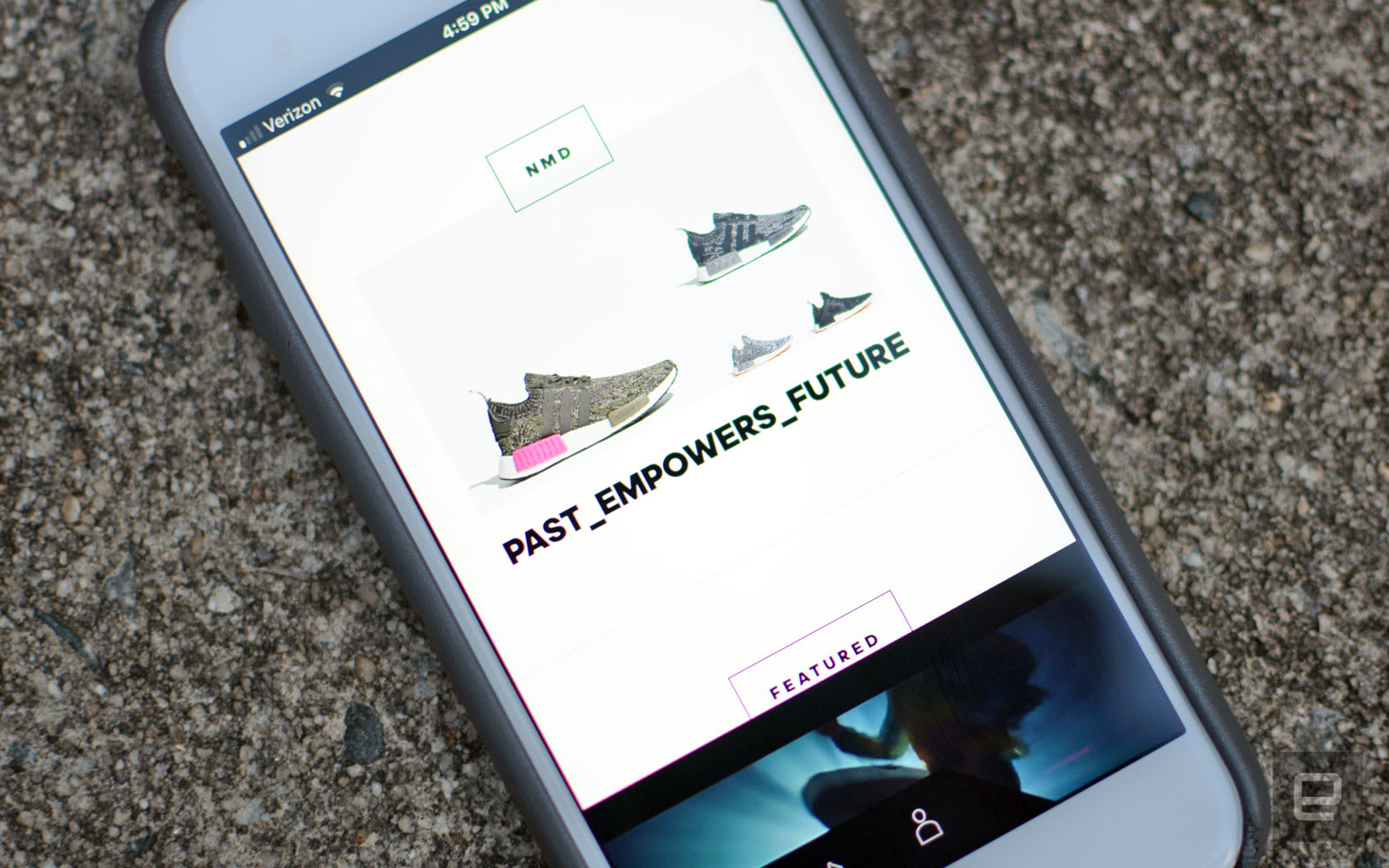 Adidas rival Nike, for its part, has been changing the way people can buy highly coveted products through its apps, using technologies such as augmented reality to fight bots. Godsey said that Adidas doesn’t “see the need to leverage AR in this context,” noting that his team has found “even more streamlined ways to support the consumer in the journey without disruptions.”

He pointed to the Confirmed app and site, where sneakerheads can reserve models like Kanye West’s Yeezys, as examples of Adidas “investing heavily into the technology and security behind our experiences.” While Confirmed has been the go-to app for limited-edition drops, Godsey said the new Adidas app could be used for that as well down the road.

Right now, the app only works in the US and UK, but Adidas says the plan is to bring it to more countries during the first half of 2018.