Panasonic is out in full force at the Gitex Technology Week 2017 with a slew of products designed to excite enterprise users. Some of the products include a sleek stadium mapping projector, the company’s new rugged series of laptops and tablets, and a high-end cinema camera with 4K/60fps capability. 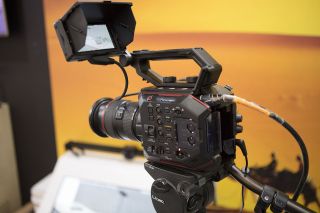 A regular user might recognize Panasonic for its point and shoot cameras, but the tech giant has been regularly releasing high-end cameras aimed at filmmakers. The AU-EVA 1 is their new compact cinema camera that features a Super35 sized sensor, improved low-light performance and dual native ISO settings. The camera capture 4K/10-bit images, and records videos at 4K/60fps or 2K/240fps. It is also only 1.2kg making it an ideal solution for handheld shoots for short films, documentaries and more. 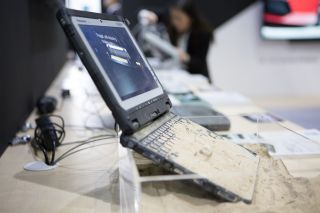 On display is also the company’s new lineup of Toughbook laptops, namely the CF-20, CF-54, and the CF33, which comes with a detachable screen, and the new FZ-series of ToughPad tablets. The devices are designed to withstand drops, spills, dust and grime while maintaining optimal performance in the harshest environments. 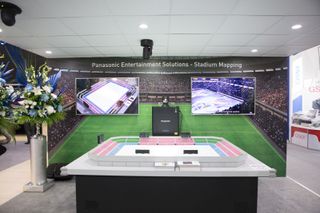 Engineered for a marathon performance, Panasonic’s new PT-RZ970 projector can be deployed on actual stadiums to create high-quality and immersive projections on the field. 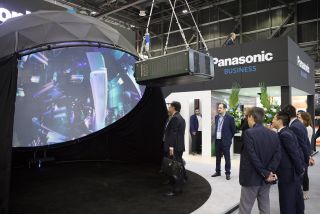